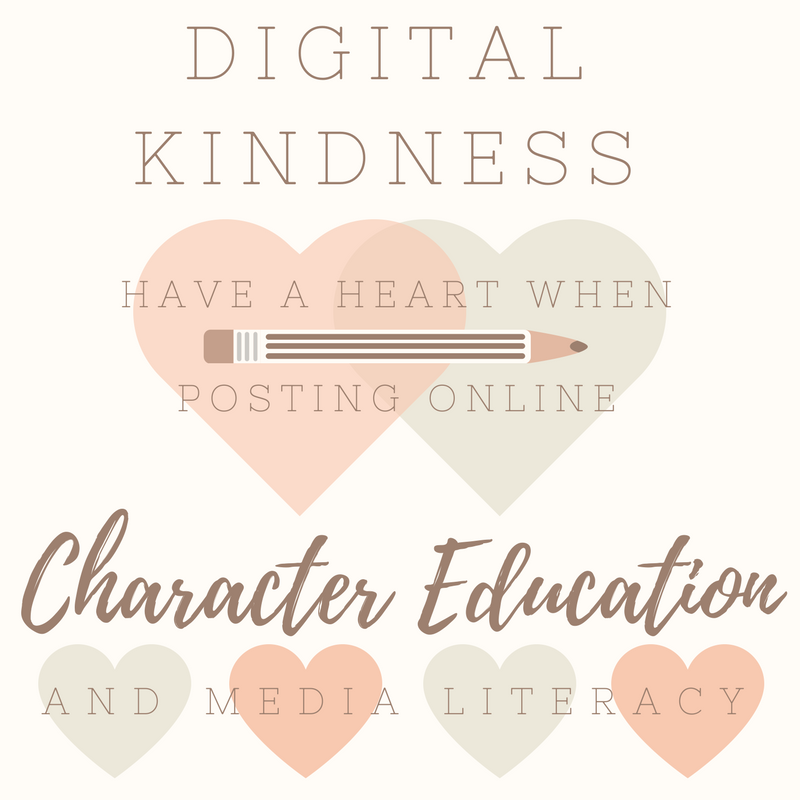 The need for Media Literacy and Digital Citizenship in school curriculums cannot be denied. However, I have a radical proposal. Can we emphasize in those lessons themes that include kindness and respect for others?

Just a few weeks ago, I saw two prime examples of why incorporating Character Education traits into our lesson plans is a must.

One of my broadcast students, Jade, was working out with her boyfriend at a local gym. Unbeknownst to her, a complete stranger took photos of them, tossed in rude captions, and added it to her Snapchat story.

It wasn’t a surprise that within our small community this got back to Jade. You see, they have a mutual Snapchat follower who saw the post and sent it to her. Jade took matters into her own hands. She found the young woman who did this on various social media accounts and called her out on it publicly.

The young woman who did this acted like it was no big deal. The general vibe was that Jade shouldn’t have been offended by her comments about her body and about her boyfriend’s choice of necklace. She did offer a half-hearted “sorry” to Jade, but that doesn’t make the situation magically go away. Jade’s privacy was invaded big time.

When we discussed this in class, several students admitted this is why they do not work out in gyms or other public places. They fear what happened to Jade can happen to them. Apparently, this is commonplace in their digital world.

On my own Facebook newsfeed, I noticed a respected community member was attending a trade show for professionals in St. Louis. This individual did what the young woman in Example #1 did. She took a photograph of a complete stranger and made fun of her attire. Imagine my surprise.

Myself, and a few of my friends who follow her, found what she did tasteless. She is no longer someone we follow on social media. I will confess that I am frustrated that I couldn’t find the courage to tell her what she did was wrong. Even though the person she poked fun of is a stranger to me, it was clearly wrong to bully and victimize a person in front of more than 1,400 Facebook followers.

When I mentioned this situation to Jade, she and I agreed that this lack of decency on social media has gotten out of control. People should be able to go out in public without being mocked or teased by complete strangers armed with a camera and a data plan.  Jade was so passionate about the issue, she even blogged about it here: http://bluejayjournaltv.weebly.com/jade/privacy-is-a-thing-of-the-past

Both examples illustrate that people of all ages do this. It’s not just a teen issue. This is an issue for all of us who are online.

So, the next time you teach a lesson about Media Literacy or Digital Citizenship, make the effort to include a dose of Character Education. If you want to, use these two examples to generate empathy by asking students how they would feel if this happened to them, or to someone they love dearly.