Giving our audience their money’s worth with little money 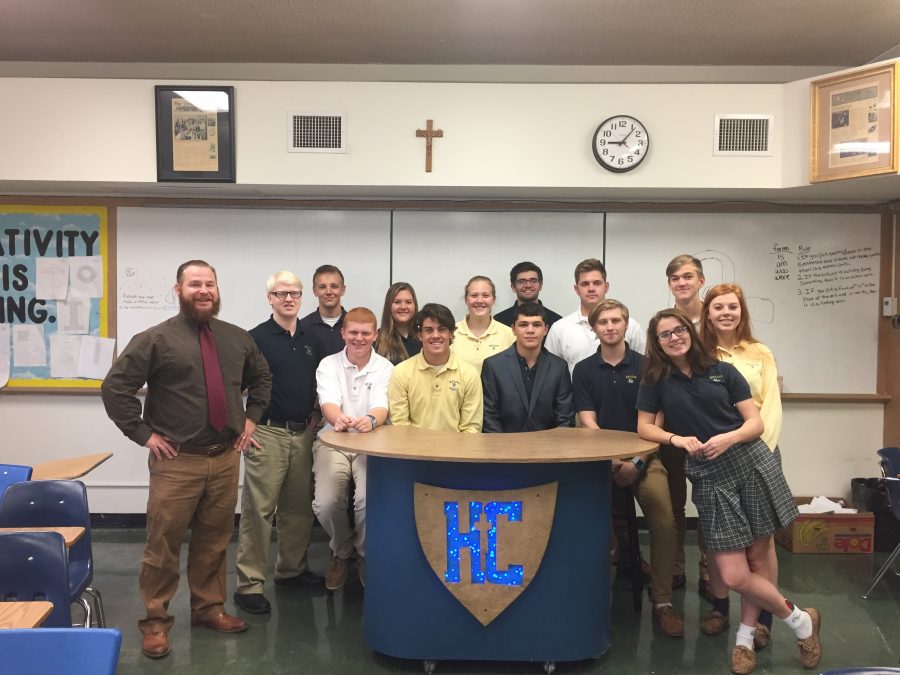 I’ve taught the novel “One Flew Over the Cuckoo’s Nest” for the past nine years in my creative writing class. One of the most powerful quotes from the book, is from the character Randle Patrick McMurphy, when he says, “But, I tried though.” Often when I teach my journalism class, I think of this quote. My students and I have been trying and trying and trying again.  We try to provide quality journalism coverage on a small budget to our school community. At times, we fail in our pursuit. We fail at staying objective, sticking with the format for the specified article, and not stumbling over our words for a newscast. We fail and that’s okay, because we keep trying again and again, and we are getting better.

We’ve diversified our news avenues in the last three years from the inspiration of exceptional journalism teachers Jim Streisel, Adam Maksl, Cyndi Frisby and Sue Skalicky, all of whom I met at the American Society of Newspaper Editors’ and the Dow Jones News Fund’s 2014 Reynold’s High School Journalism Institute hosted by the University of Missouri Journalism School. They persuaded me to try other journalism fields including broadcast and smart-phone journalism. They also encouraged all the teachers at the institute, to stay the path with their teaching and journalism goals.  This can be difficult given the challenges surrounding program funding, student inexperience in journalism and teenagers’ attitudes. These inspirational leaders let us teachers know that we aren’t alone, that staying with it is worth it, for us and more importantly for the diversified educational experiences we are providing our students.

Before I met these leaders, my students and I, distributed news stories and photography in an online newspaper. Prior to this, the students’ work was published a print newspaper, but I found that most of my time (hundreds of hours on each newspaper) was spent helping to design the paper. So, we scrapped the print paper and moved to an online newspaper hosted by WordPress, for only $40 annually.  This has allowed us to quickly publish our articles and photojournalism and in turn, focus on the creation not the design of journalism pieces.  WordPress tracks which articles are viewed most to help us write effectively for the audience.

Most my time now is spent diversifying news stories and ensuring students are producing journalistic work in a timely fashion.  At the beginning of each week, we come up with a news plan for our online newspaper, video broadcast news show and social media accounts.  This is accomplished during the journalism class period and club’s evening meeting.

Shortly after the summer institute, we decided to diversify to video broadcast news. When thinking of materials and equipment we’d need, I opened my Craigslist app and found a vintage 1960s bar for $50. I bought it for $43 (all the cash I had on me at the time) and brought it to school. I ripped off the 60s green avocado wallpaper that covered it, removed the 60s abstract shelf paper behind it, unscrewed the towel ring, painted it all navy except the faux-wood top, and had an art student make a shield with a HC and cross logo and secured it to the front, then painted the shield gold. String lights powered by AA battery packs were fastened to the back of the shield behind blue transparent paper creating a glowing shield logo.  These materials required another $40-50.

The bar turned broadcast booth, already had wheels, which made moving it for broadcasts easy yet attention-grabbing.  I also bought some microphones and a speaker for the broadcast journalists to use. The cordless microphones and speaker were $200 and $90, respectively. The school funded the microphones’ purchase. These worked initially but the static frequency sounds that arose, forced us to stop using them. A parent who owned a sound-system business, donated lapel microphones and a split microphone adapter to put into a smart phone for filming. Thanks for that, parent.

I learned from the exceptional institute instructors that a broadcast news show could be filmed using a smart phone and edited with a smart phone app. So, that’s what we used. I also bought a tripod for $30 and a bracket to hold our smart phone during filming, for around $20. This first cheap tripod lasted only a year.  I replaced it with a Manfrotto tripod valued around $80 but purchased for the $40 open-box special. This was funded by the school. Thanks, school.

We created a free YouTube channel and publish a weekly broadcast news show. And, no matter how the school year is going or how the students are dragging and whining and grumpy or happy and elated, we film the show every week. I found the free iMovie video-editing app to be limiting. Instead, we use the Pinnacle Pro Studio video app for editing, another $30. We write the script for the show and include interviews and B roll. We film it every Friday and post the YouTube link with a character limit of 40 on our Twitter account. One day we hope to purchase a teleprompter and maybe even create our own broadcast room.

Every week we post written news articles from our WordPress account and provide their links and headlines on Twitter.  Accompanying the articles, the students capture photos and small videos. Students take the photos and videos and make creations using free apps, such as Pic Stitch, PicPlayPost, Storehouse, Flipagram and Thinglink.  Other creations outside these apps include the building of a Homecoming float using time-lapse videography and a top sports moment captured in slow-motion.  This year, we added an Instagram account to our arsenal. We’re trying it out. It’s been fun so far, and we’ve received positive feedback from our community.

Other journalism tools we’ve tried include Piktochart (a free infographic maker), Twitter polls, and surveys of our student body.  In addition to this, we have utilized live Tweeting thanks to a passionate student journalist who takes sports photos and writes live Tweets for all football games. She’s a true godsend.  Thank you, student.

I hear compliments on our work from colleagues, parents of students and non-journalism students.  I have heard, “That thing you Tweeted out was really cool,” every now and then. I suspect they’re speaking of a Thinglink production or a PicPlayPost creation and don’t know what to call it.

While we’re trying to continually improve our online newspaper and video news broadcast show, we’re also adding more apps to the mix and exploring other journalism facets. This year, we’re trying to raise funds for live news broadcasting and would like to film a journalism documentary. I really have no idea what I’m getting myself into, but I think that is the beauty of teaching in the evolving world of journalism.  These new adventures will be fun to try. In preparation, I’ve purchased three books and have created lessons for my students. Schooljournalism.org (free) and the Missouri Scholastic Press Association ($75 per publication a year) have been great resources in these endeavors. We continue to explore ideas for fund raising including the use of the broadcast booth as a hot food cart and selling hot cookies on finals week to all the classrooms. I’ve applied to the Walmart community grant and will be applying to the Voya Financial ‘Unsung Heroes’ grant.  If grant funds are not provided, we will try again using other sources.

While we all juggle the journalism challenges before us, we can be grateful for the free resources and tools, and remember there are leaders and mentors there to support us. We must work to give our audiences diversified journalism to keep them focused on one story despite their short-attention spans, we must teach our students what it means to be a journalist despite their challenges and growing pains, and we must develop our programs despite small funding and try new journalism outlets to expand our reach.  And if we fail, we try again.